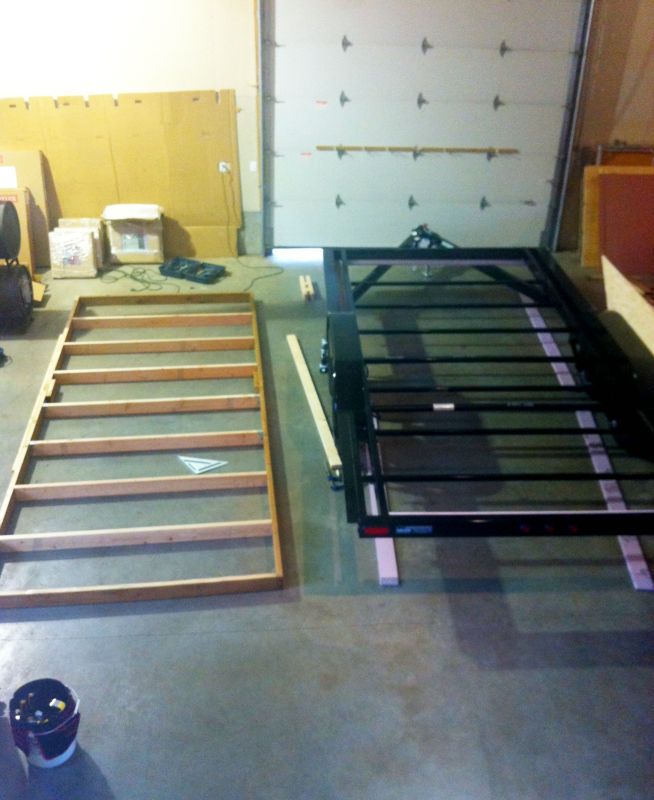 Because the floor frame is bolted into the trailer, the joists do not have to be supported by the cross ribs; you can use joist hangers instead and put them between the ribs. This allows you to avoid the thermal bridge created by the joists resting on the metal ribs. However, at that point in construction, I didn’t have enough confidence in joist hangers and the bolts, so I ended up putting most of my joists on top of the ribs. In retrospect, I’d probably offset all of them with the hangers.

Although I hate the chemicals, I used treated lumber for the four sides of the frame because of concerns about rot, but used untreated fir for the joists since they would be enclosed. This saved weight as well since the treated lumber is significantly heavier.

2 thoughts on “floor frame and trailer”