Slow but sure progress…

I just completed my second stint of building my tiny house and it’s very exciting to see it start to take shape. (See the Blood, Sweat & Tears and Doing Justice to Complexity posts for how the first stint went).

As most of you know, I’m currently living in Berkeley but am building at my parents’ place in Oregon. This means I am building in concentrated chunks of time, with one to two months off in between. There are pros and cons to this approach. There’s a lot of pressure to get as much done as I can while I’m there, so it can be exhausting building day after day. Despite this, I hate to leave it for so long when I’m done. On the flip side, it forces me to take a break and gives me time to step back and rethink things, and to be better prepared for the next stint. I do wish I lived closer, though.

Here are the last few weeks in pictures:   END_OF_DOCUMENT_TOKEN_TO_BE_REPLACED

Floor construction: what lurks beneath 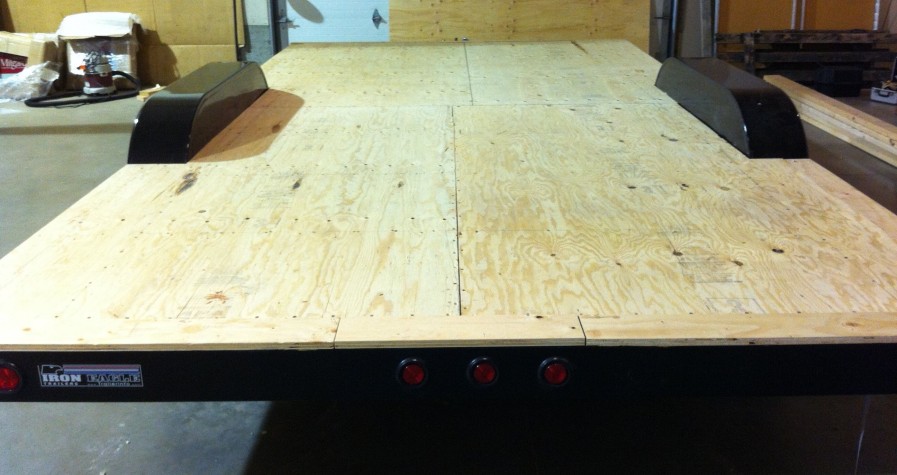 Now that I’m about to leave to build my roof, maybe it’s time I caught up on how I constructed my floor! The three big take-away thoughts I had on the floor were:

But I should insert a caveat here – my floor was perhaps more complex than most due to a) the way I decided to integrate the house and the trailer, b) my choice of insulation, and c) my perhaps neurotic concerns about moisture and mold. The following walks through why I made the choices I did and then documents how I went about creating my floor.

(Note: this is all pretty technical and matter of fact; if you want to read about all my agonies and ecstasies during this time, see my Blood, Sweat and Tears… post!)

END_OF_DOCUMENT_TOKEN_TO_BE_REPLACED

Blood, sweat, tears, blueberries & the most awesome three walls ever… 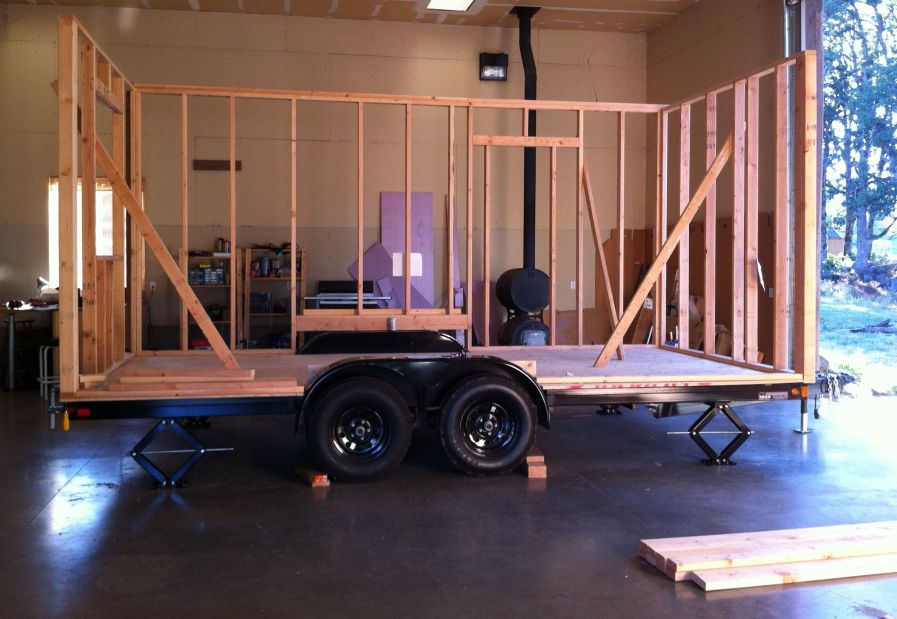 This is an epic post to try to catch up on what I’ve been doing the last couple weeks, since I have woefully neglected the blog. I have two more weeks of building before I return to California, at which point I will do some more technical posts on the floor and wall framing. This will hopefully tide you over until then.

Here’s some advice: even if they say you’ll bounce back in a couple days, don’t have surgery three days before you leave to start building your tiny house. For the week following, I was feverish, in pain, and bleeding and, for a good two weeks, limp as an amoeba. I ended up delaying my departure by a day and even so, it took me seven hours to pack and load since I wasn’t supposed to lift anything heavier than a milk jug. I would move two things and have to rest. Thankfully my friend Lisa stopped by and helped me with the heavier items. I made it as far as Weed, CA, staying awake all night in a creepy hotel room listening to the roar of the truck generators outside my window, hoping no one would break into my car since I didn’t even have the strength to bring my backpack in.

The next day was better. I realized that packing for four weeks, plus all my camping gear that lives in my car, I pretty much had everything I needed to live. I felt light and mobile; there wasn’t much more I would be adding to my tiny house. As if to underscore this, Dad sent me a photo a neighbor had taken of a tiny house that was passing through Hood River as it crisscrossed the country. I immediately recognized it as the Quest for Powder tiny house I had seen in a video Dee showed the first PAD workshop I attended last November. That seemed like a good sign.  END_OF_DOCUMENT_TOKEN_TO_BE_REPLACED

You too could have a drill in your hand and a happy smile on your face!

From the good folks at PAD:

We are super excited to let you know about our upcoming (first of the season!) hands-on tiny house construction workshop: La Casa Pequena!

During this 2-day intensive building workshop you will construct the shell of a tiny house–including building the floor frame, installing insulation, framing the walls, sheathing the assembly, wrapping the house, installing windows, and anchoring to the trailer.  You will experience the building of many of the major components of a super tight tiny house. You will be busy!
END_OF_DOCUMENT_TOKEN_TO_BE_REPLACED